Climate change is a problem that has been plaguing humanity since the mid-20th century. This phenomenon is caused by the burning of fossil fuels, which increases the levels of heat-trapping greenhouse gases in Earth’s atmosphere. This in turn increases the average surface temperature of Earth. Other natural processes, such as internal variability and external forcings, also contribute to climate change.

Human activities are the main driver of climate change

Since the Industrial Revolution, human activities have caused the atmosphere to warm. This warming effect is largely caused by the emissions of carbon dioxide, as well as other greenhouse gases. These gases can cause changes to the earth’s climate, including sea level rise. Currently, scientists are studying the causes of the current warming trend.

The burning of fossil fuels, conversion of land to agriculture, and other human activities have all altered the earth’s climate. These activities release various gases into the atmosphere, which in turn influence incoming and outgoing energy. These gases cause global warming by trapping heat and causing the Earth to warm.

Energy from the Sun is the ultimate driver

The solar energy produced by the Sun is the primary driver of climate change. This energy is reflected off the Earth’s surface and changes the temperature. However, the Sun doesn’t always shine at the same brightness all the time. It goes through a cycle of 11 years during which its intensity dims and brightens. During this time, the amount of solar radiation also changes, as does the size and number of sunspots. These changes have different effects on Earth’s surface and atmosphere.

The temperature of the upper atmosphere, or stratosphere, is controlled by the amount of incoming and outgoing radiation. Satellite measurements have provided well-constrained estimates of these radiative fluxes in the modern era. Approximately a third of incoming short-wavelength energy from the Sun is reflected back into space, while the remaining is absorbed by the Earth’s atmosphere. The albedo of the land surfaces and clouds affect the amount of light that is reflected back to space.

Oceans moderate climate change by absorbing excess heat and cooling the planet’s surface. They have a close link to the atmosphere and play an important role in weather prediction. The ocean receives the vast majority of solar energy, and in some regions, more heat than the atmosphere. The ocean also circulates enormous currents that carry heat throughout the planet. Some ocean currents travel thousands of kilometres and release this heat back into the atmosphere.

The oceans are also important in absorbing carbon dioxide from the atmosphere. During the last two centuries, they have absorbed about a third of the CO2 we have emitted. This has helped absorb up to 90% of the extra heat trapped by rising levels of greenhouse gases. However, there are limits. Oceans cannot absorb all of the carbon dioxide we produce. This could lead to adverse consequences for the global climate.

Adaptation is about changing ecological, social and economic systems to reduce or benefit from climate change. While the processes and practices of adaptation can be complex, the overall outcome is the same: adapting to the effects of climate change will allow people to cope with the current impact of the changes and take advantage of the opportunities created by climate change.

Impacts of climate change on human health are a major concern for health systems and societies around the world. Changing climate and its variability are causing many health threats, especially among the most vulnerable populations. These risks are projected to increase with additional warming. Currently, climate-sensitive health risks are contributing to injuries, illnesses, and deaths. Proactive actions by health systems can help address the increased burden of climate-sensitive health outcomes. However, these actions will require additional funding and resources.

Exposure to extreme weather and climate-related stressors has serious health consequences, especially for people with chronic health conditions. Extreme heat waves, for example, increase the risk of water and food-borne illnesses. They also disrupt essential infrastructure, including emergency response services, which are essential to protect human health. The President’s Task Force on Environmental Health Risks has begun focusing on the impacts of climate-related factors on human health. Its recommendations include developing K-12 educational materials to teach children about climate-related health risks and how to prepare for them. It has also launched the Climate-Ready Tribes and Territories Initiative, which awards organizations that are working to make their communities climate-ready.

Earth seasons are based on the Earth’s rotation on its axis. It spins on its axis at 23 and a half degrees to the plane of its orbit, and its axial tilt is constant throughout the year. As a result, brighter parts of Earth become warmer than darker ones, and the difference in light availability is responsible for the different seasons.

The equinoxes of the earth are two days in the year when the axis of rotation of the Earth is aligned with the plane of its orbit around the Sun. They are the only times of year when the length of day is nearly equal in the northern and southern hemispheres. During these two days, the Sun shines directly over the equator. As a result, the length of day and night will be equal during the day.

Observations of the equinox vary, depending on where you live. The summer solstice, for example, has the most daylight and is the brightest point in the sky. This occurs because the North Pole is tilted towards the Sun, allowing the Northern Hemisphere to receive more sunlight. In this way, the length of day and night will be about equal throughout the summer months.

The length of a day is determined by how long the Sun is above the horizon. These day lengths vary throughout the year because the orientation of the Earth changes. The Earth’s axis tilts to the north and south, so there is a circular pattern of illumination. The length of a day varies from a few hours to nearly 24 hours depending on latitude.

The longest day of the year is at the equator, while the shortest day is at the poles. The seasons on earth follow the movement of the sun. During the summer months, the length of the day increases and the length of night decreases. The opposite is true for the winter season.

Earth’s seasons are the periods of time during which weather conditions change. They are marked by changes in temperature, precipitation, vegetation, and day length. They are closely related to the Earth’s rotation and revolution around the sun. Different regions experience different seasons, but they generally share some attributes. For example, spring is the time when seeds take root and vegetation begins to grow. Animals wake up and begin to move around. On the other hand, winter is the time when temperatures often drop below freezing.

Changing weather patterns on Earth affect animals, plants, and climate. These changes are temporary, and the conditions can change in a matter of hours or days. However, a longer-term change in the seasons is more significant. During winter seasons, for example, animals tend to retreat to warmer climates.

Although the polar regions of the Earth have cold temperatures and long periods of darkness, they also have an astonishing diversity of animals and plants. Polar bears roam the pack ice of the central Arctic, while penguins inhabit the coastlines of Antarctica, feeding on the ice surface and rearing their young. Both regions have marine mammals, including the walrus and musk ox. And grizzly bears and lemmings range over the tundra of the Arctic.

The polar regions of the Earth have unique climates, thanks to the fact that these regions receive less direct sunlight than other parts of the planet. The Earth’s rotation varies the angles at which the sun reaches different parts of the planet. The polar regions receive the same amount of sunlight but at a lower angle, allowing the same amount to reach a much larger area. 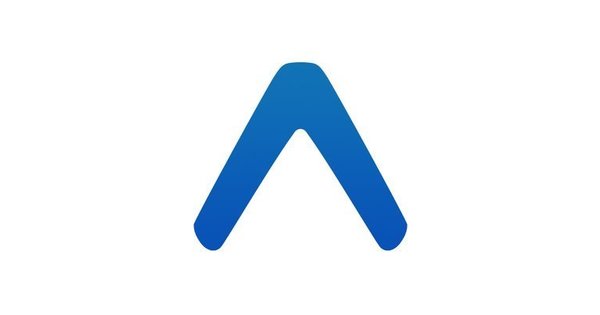 Ottawa-based fee-based financial advisors at Exponent Investment Management Inc. offer simple yet effective financial advice to help clients achieve their financial goals. Their financial services are customized to fit individual client needs. Whether you are a business owner or a professional looking to transition from active income to retirement, their personalized approach can help you achieve your financial goals. Read More – http://ex-ponent.com/

One Of The Largest Fee-based Financial Advisory Firms In Ottawa

Exponent Investment Management is one of the largest fee-based financial advisory firms in Ottawa. Their experienced and certified financial advisors adopt a simplified approach to tailor financial services to suit your needs. They specialize in helping professionals and business owners make the transition from active income to passive income. In addition, they provide a complimentary retirement calculator.

Graham is a veteran of Canadian and global markets. He began his career on Bay Street with Royal Trust and spent years working for a global Swiss bank as a Chief Investment Officer in Canada. Now, he serves as Chief Investment Strategist at Exponent Investment Management. Graham coined the term “portfolio engineering” after the 1987 Black Monday crisis and has applied it in the creation of risk-averse accounts and ESG-based portfolios. 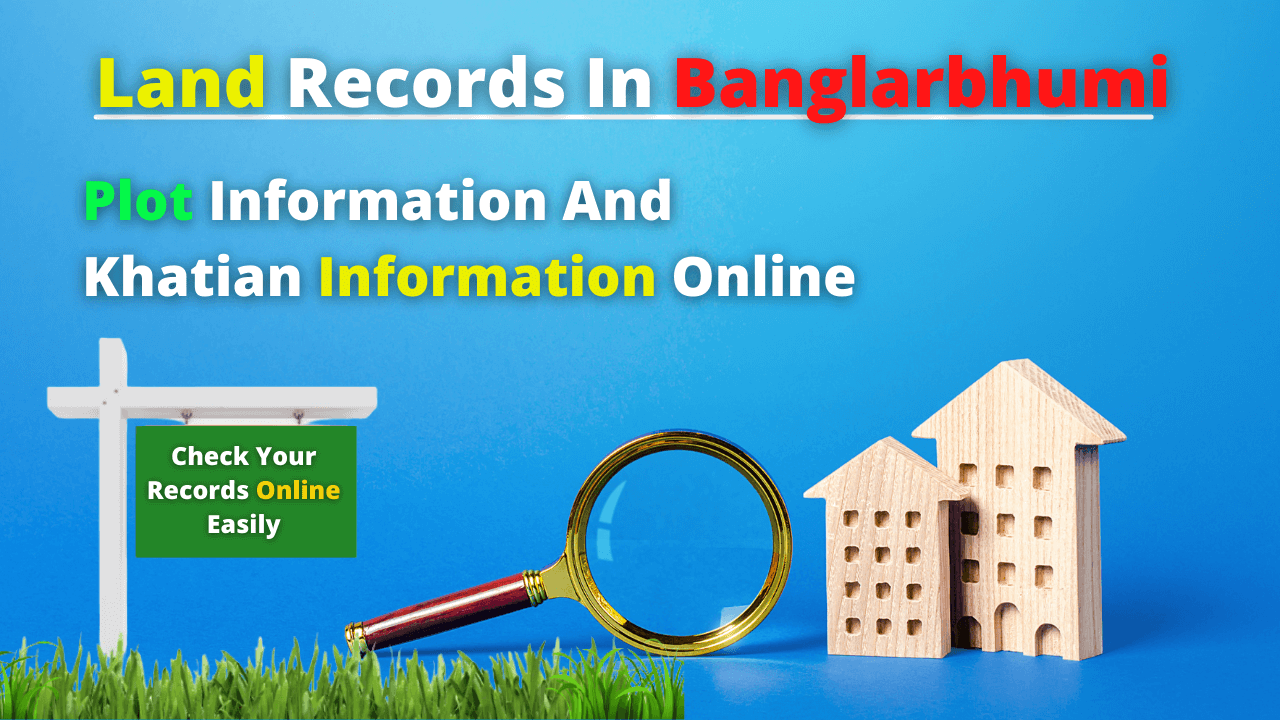 If you want to know the exact plot location and ownership details of a specific piece of land in West Bengal, you can do a search on the official website of the state. Input the plot and khatian number and submit your details to get the desired information. The website will show you details like total land, mouza name and plot number.

The official site of the State of West Bengal offers many services related to land records. To search for khatian and plot information, go to the ‘Know Your Property’ page. Select the District, Block, and Mouza to view the land records. Then, enter the Khatian number and captcha code. Once you’ve done this, click the ‘View’ button. You will receive all the details about the plot and khatian.

Besides plot and khatian and plot information, the site also provides land records and documents in various formats. The website is free and easy to access. In some cases, it might not be possible to access land records and documents directly in person. For example, if you live in a town that has several parcels of land, you can search for each individual plot number to get the full ownership history of that piece of land.

Once you have the right name, you can easily find the khatian and plot information you need. The site provides real-time land records and is accessible to even the most remote areas of West Bengal. With real-time land records, you can streamline the buying and selling process. Furthermore, the site provides access to West Bengal khatian and plot information online, making it easier to find the plot you want to buy or sell. 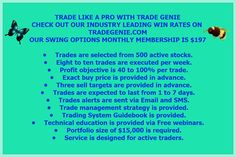 Which option strategy is most profitable?

SteadyOptions is a good service that helps subscribers trade options by giving advice on risk and financial management. It provides three different strategies that allow subscribers to choose based on their risk profile and target returns. The service is also good at helping subscribers determine the value of their portfolio. They can see how much money they’re making by looking at their options portfolio.

Another options trading advisory service is InsiderFinance. This service uses its own proprietary algorithm to find the best options trades from institutional investors. It also features social tools and extensive training materials. The downside of this service is its price. A monthly subscription costs $199. Nevertheless, this service offers a free trial so that traders can try it out before committing to a plan.